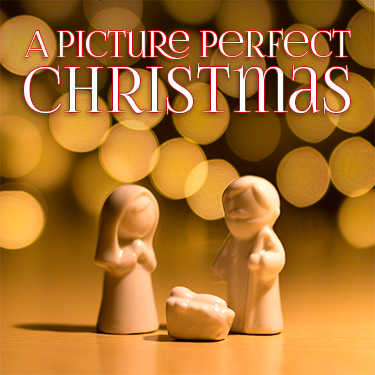 Micah 5:2 – But you, O Bethlehem Ephrathah, are only a small village among all the people of Judah. Yet a ruler of Israel, whose origins are in the distant past, will come from you on my behalf.

Luke 2:1-7 – At that time the Roman emperor, Augustus, decreed that a census should be taken throughout the Roman Empire. 2(This was the first census taken when Quirinius was governor of Syria.) 3All returned to their own ancestral towns to register for this census. 4And because Joseph was a descendant of King David, he had to go to Bethlehem in Judea, David’s ancient home. He traveled there from the village of Nazareth in Galilee. 5He took with him Mary, to whom he was engaged, who was now expecting a child. 6And while they were there, the time came for her baby to be born. 7She gave birth to her firstborn son. She wrapped him snugly in strips of cloth and laid him in a manger.

John 6:47-50 – “I tell you the truth, anyone who believes has eternal life. 48Yes, I am the bread of life! 49Your ancestors ate manna in the wilderness, but they all died. 50Anyone who eats the bread from heaven, however, will never die.

John 6:66-69 – At this point many of his disciples turned away and deserted him. 67Then Jesus turned to the Twelve and asked, “Are you also going to leave?” 68Simon Peter replied, “Lord, to whom would we go? You have the words that give eternal life. 69We believe, and we know you are the Holy One of God.”

“Prince of Peace” – Picture Perfect Christmas – Week 3
Scroll to top Do NOT follow this link or you will be banned from the site!
X